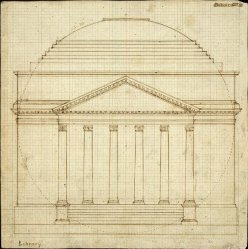 There is a renewed interest in experimentation and design in  education, and it is not just confined to campus planning offices and architectural firms trying to land the latest signature academic building project.  Earlier this year, The New York Times described  what happened when design icon Ideo was tasked with reinventing a failing school system in Peru.  About the same time, Jeff Sellingo talked about a Stanford d.school project aimed at redesigning the undergraduate experience.

Reimagining the Undergraduate Experience: 4 Provocative Ideas – Next – Blogs – The Chronicle of Higher Education.

What emerged were four provocative ideas:

As university systems consolidate campuses, close redundant programs and re-think the need for residential instruction, the timing is perfect for serious design in higher education.  What is a regional campus, for example?  Does it have to look like the poor cousin of a nearby public research university?  Higher education is at the same inflection point  that the media industry was in 1995, the start of the Internet era.  It is naive to think that an evolutionary path will be any kinder to incumbent institutions than the Web was to newspapers.