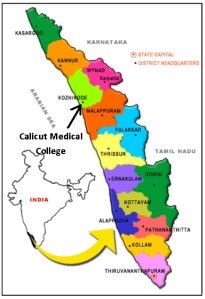 A few days ago, thanks to OpenStudy founder and colleague Ashwin Ram (follow @ashwinram on Twitter), I learned that abundance of choice in higher education is more than an abstract concept:

“This figure includes 14,000 colleges of general higher education, 12,775 additional technical and professional institutions and 269 additional universities,” Sibal said in a presentation during the meeting of the consultative committee for the HRD ministry here Saturday. [1]

27,000 is a very large number of new institutions, but it’s hard to say how much of the market will be served once they are operational.  Twelve percent of  Indian secondary school students go on to university studies compared with the thirty percent  goal of the new Indian government and the seventy percent ratio in many developed nations. That’s about 350 millions students.

The challenge for India is to create a system of higher education that breaks the bureaucratic licensing stranglehold that has led to widespread dissatisfaction with storefront operations.  It is clear that the new Indian system will combine the two features that I mentioned last week: value and cost.  Students will have the ability to choose both their institution and their course of study.  And because many graduates are today unemployable, the value of degrees from the new universities will have to be proved in the marketplace.  That’s good news for innovators who want to move India to a position of global leadership, and bad news for the old system that is in any event being dismantled.

The costs are staggering, so new business models are welcome.  The IT company Wipro has already started to co-brand degrees with top ranked technological universities like Birla Institute of Technology in Pilani and the Sipal has been very open about needing other creative forms of private investment to offset costs.

What does this have to do with American colleges and universities? Just as low-cost, high value service industries have migrated to India, the higher education market in the US will also start to buy more educational services there as well. India is already a destination of choice for some graduate students, and not only because of lowered costs, as Cambridge medical student James Gill reports in the Cambridge University Graduate Student Blog:

Doing a medical elective in India would in theory help me to better understand and relate to Indian patients as well as colleagues that I might work with in the future.[2]

“Well sure,” I hear you saying, “but that’s a medical student in the UK.   It’s not, say, a Nobel-prize-producing chemistry lab in the US.  That’s where the real value is.  Berkeley will never be vulnerable to a lower-priced operation.”  The University of California at Berkeley is the top ranked public university in the country, and so it was something of a jolt to read in today’s New York Times that a 32% increase in fees has over the past decade helped to triple the price tag for a degree from Cal and that

Among students and faculty alike there is a pervasive sense that the increases and the deep budget cuts are pushing the university into decline.[3]

The accompanying color picture is a chemistry lab at Berkeley.  Small wonder that the students who have protested the fee hike are questioning the University of California value proposition,  and especially whether their education can be obtained quicker and cheaper someplace else.  There will shortly be alternatives for some of them. 27,000 alternatives if everything goes according to plan for Mr. Sipal.